Each week, the TETF.index research team discusses the growth potential of the ETF ecosystem. Our positive outlook is buoyed by the belief that ETFs are simply a better vehicle than other financial instruments; we think of the ETF as a Fintech innovation within a world of outdated financial products. In this week’s TETF.index update, we look at another Fintech innovation that threatens to change the way ETFs evolve and grow: Blockchain.

Most investors know Blockchain as the technology behind cryptocurrencies like Bitcoin. Although this is true, Blockchain is much more, in fact the term Blockchain is never mentioned in the original Bitcoin White Paper from Satoshi Nakamoto. Blockchain allows one to create and secure unique data in the digital world without a trusted third party. It stems from the combination of three disciplines: database management, cryptography, and economic game theory. The nexus of these three disciplines can disrupt the daily work of many powerful and expensive institutions, from banking to politics. Despite the potential, the hype of Blockchain and Bitcoin has waned. As of October 2018, both Blockchain and Bitcoin have fallen off the Google top 100 searched terms which is lower than search terms like Autozone!

WHAT DOES THIS HAVE TO DO WITH ETFs?

The concept of Bitcoin is designed to eliminate the need for a trusted third party in financial transactions. Ironically, an ETF with exposure to Bitcoin would act as a de-facto trusted third-party by verifying access to Bitcoin. This contradiction is not lost on Bitcoin believers, even to the point that the possible approval of a Bitcoin ETF has had significant influence on the price movements of Bitcoin. And possibly, the latest decline in crypto pricing coincides with another complicated fork and these comments from the SEC:

In fact, on Tuesday, SEC Chairman Jay Clayton doubled down on the idea that the Bitcoin market wasn’t safe for investors.

Rules and surveillance to prevent manipulative techniques do not exist on all of the exchange venues where digital currencies trade, making him wary of greenlighting a bitcoin ETF, he said at the “CoinDesk Consensus: Invest” conference.

“Those two issues are important to me to get comfort on before we would allow an ETF with a digital currency underlying it to go forward,” Clayton explained. Source ETF.com

Based on the comments above, it appears a Bitcoin ETF is both contradictory and far from launching. That said, there are multiple Blockchain ETFs in the market. In full disclosure, the Toroso Research team actively manages a strategy used by the advisor of the largest Blockchain ETF. As a technology, we believe Blockchain has the potential to change how many businesses secure and share data. The chart below from CB insights highlights how investors have shifted their interest from one use case, Bitcoin, to the underlying technology itself: 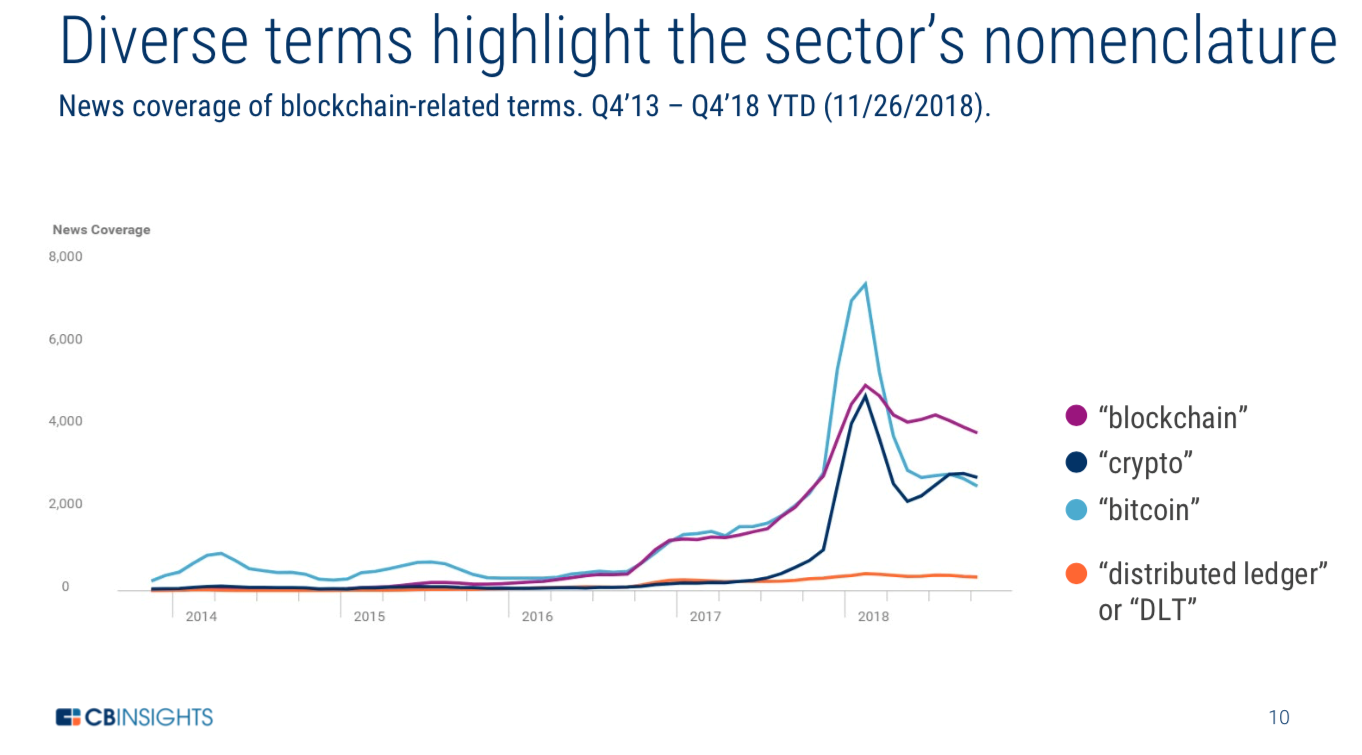 ARE BLOCKCHAIN AND ETFs FRENEMIES?

There has been a significant shift in the proposed first use cases for blockchain. Last year, the hype was on ICO’s and utility tokens that promised to replace centralized applications like social media with decentralized protocols like Steem. The charts below show the shift in investor sentiment toward “security tokens”: 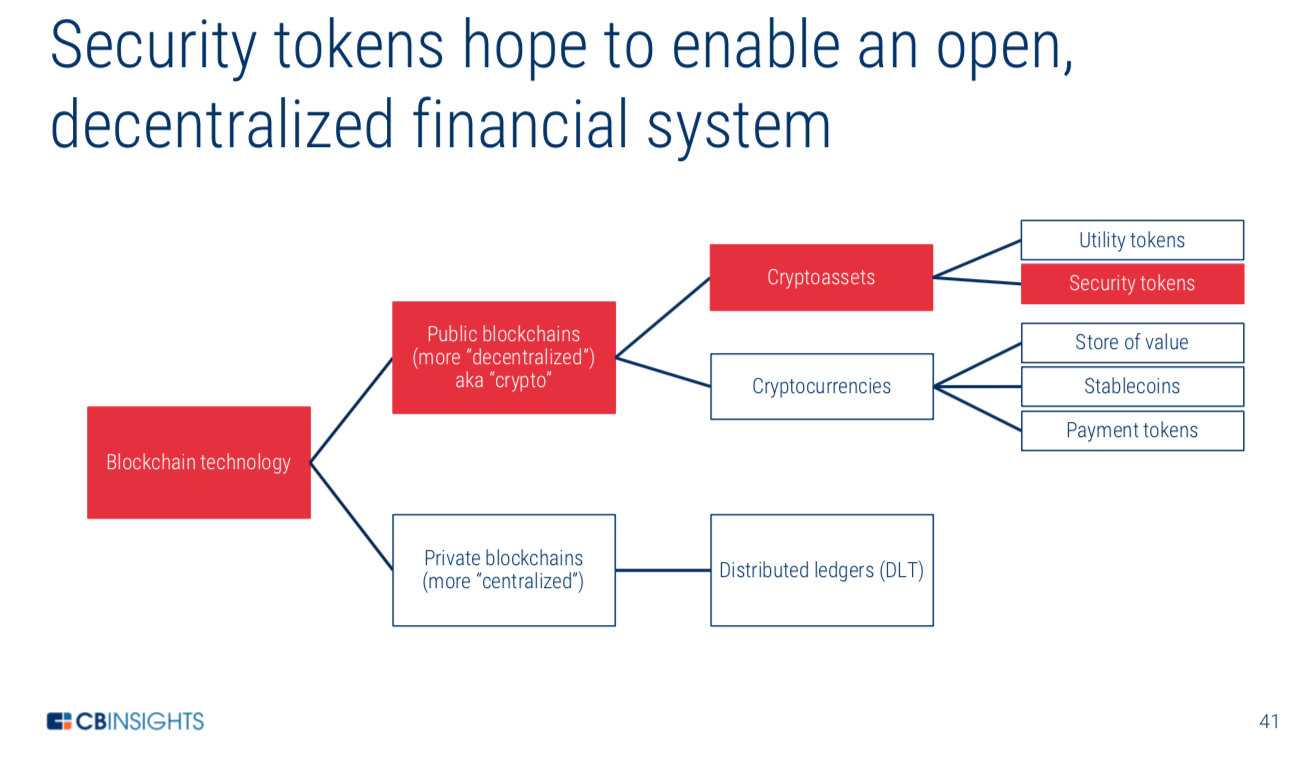 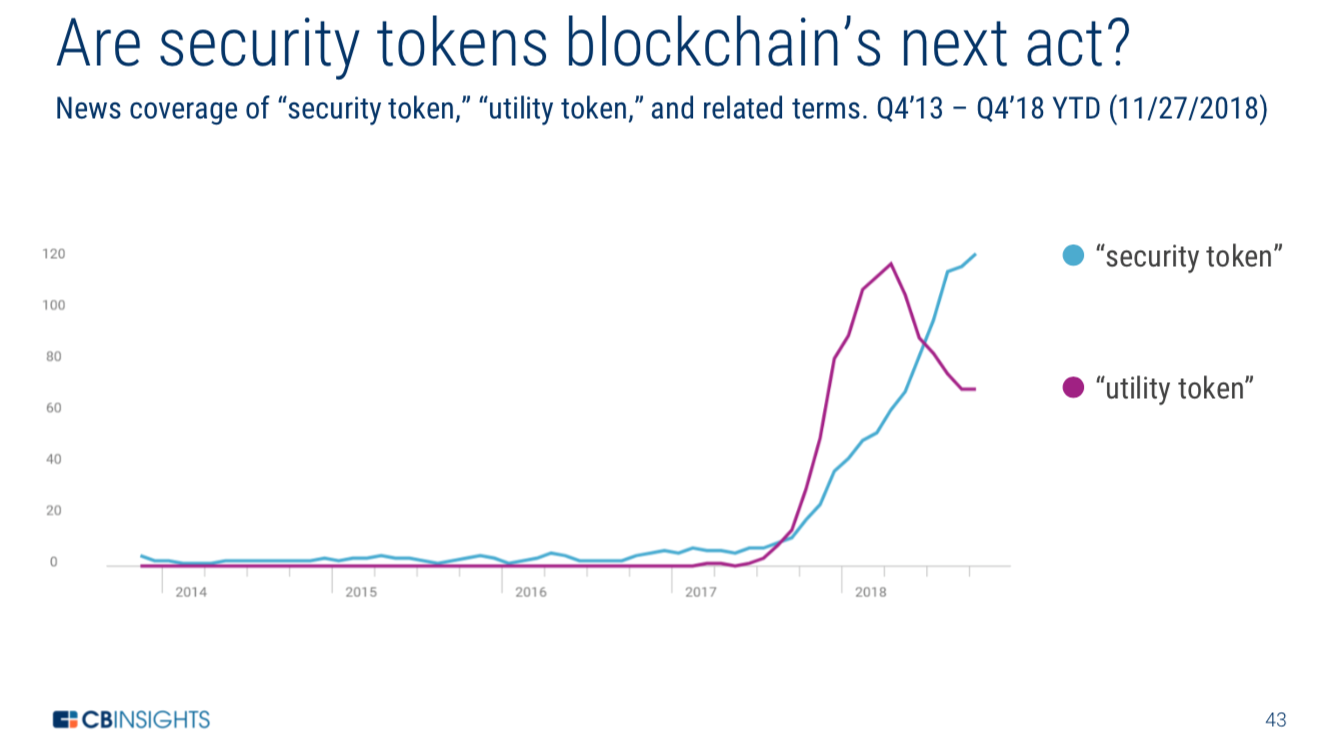 Theoretically, the use of Blockchain could remove the need for many trusted financial institutions in security transactions.  Security Tokens could revolutionize the way exchanges, brokers, custodians, and traders conduct business.  We see this as an opportunity for further ETF growth and/or evolution in the ETF structure.  There is actually significant overlap in the institutions involved with this transition.  Of the financial companies in the Blockchain ETFs, 8 are also in TETF.index:

THE ETF ECOSYSTEM WILL EVOLVE AND GROW

As the hype subsides, the true promise of blockchain technology will be recognized. The evolution of finance will likely foster more ETF growth even if it forces changes and improvements to the structure.  ETF assets have grown consistently for 25 years at close to 20% annualized. The TETF.index team views Blockchain as a forced evolution to the ETF technology than can only foster further  growth  and alignment with our clients. 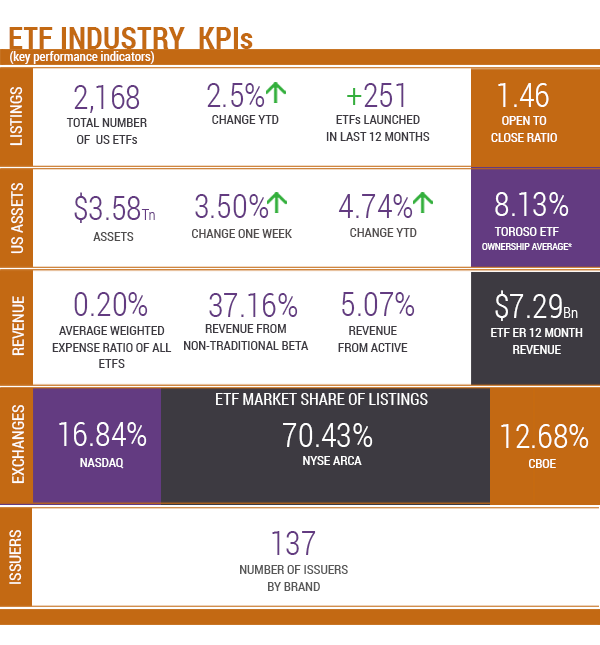 Source of KPIs: Toroso Investments Security Master, as of December 4, 2018

Returns as of December 4, 2018.
Inception Date: April 4, 2017. Index performance is for informational purposes only and does not represent the ETF.
Indexes are unmanaged and one cannot invest directly in an index.
Past performance is NOT indicative of future results, which can vary.